Veteran engineer Ed Cherney has added a fourth Grammy to his figurative trophy shelf for Willie Nelson's tribute to Frank Sinatra, My Way. It won "Best Traditional Pop Vocal Album," the same category Nelson and Cherney won in 2017 for Nelson's Gershwin tribute album, Summertime: Willie Nelson Sings Gershwin. Also, on Cherney's figurative trophy shelf are an Emmy (among four nominations) and eight TEC Awards, and he is a TEC Hall of Fame inductee. 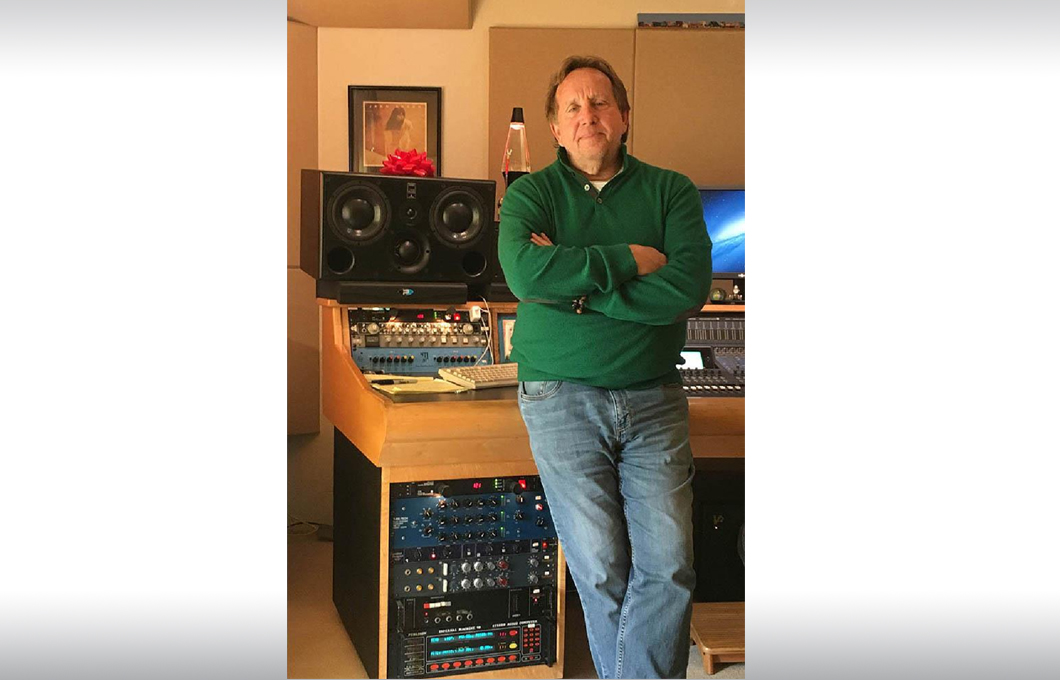 Since switching to ATC monitors five years ago, Cherney has never looked back, and both of his recent Grammy wins with Willie Nelson involve work that was tracked and mixed entirely on ATC SCM45A three 3-way nearfield monitors.

"The 'Best Traditional Pop Vocal Album' category is crowded with top-end talent like Diana Krall, Tony Bennett, Barbara Streisand, Bob Dylan, and more, which makes our win all the more meaningful," Cherney noted. "A big part of my job is to take this cold digital technology and wrest genuine emotion from it. That's what I try to do, and when I find it, that's when I try to stop." Although he wasn't present for the My Way overdub sessions in Nashville and Texas, Cherney served as the tracking engineer over five days at Studio 2 at EastWest Studios in Hollywood, and he mixed the entire project in his room Studio Ed, at The Village. Concluded Cherney, "The OD's were recorded in Nashville by Tony Castle, who did a phenomenal job."

"I've tracked dozens of records in Studio 2, and I really think it's one of the best sounding rooms anywhere on this Earth," Cherney said. "It's not big, and it is rectangular. But it sounds magical nonetheless. The low end is sweet and defined and impactful, the midrange is clear and balanced, and you walk out of there with plenty of air all around it. Buddy Cannon and Matt Rollings produced the album, and Matt also killed it on keyboards and as arranger. We had David Piltch, one of the best standup bass players in the world, Dean Parks, one of the best guitarists in the world, and Jay Bellerose, one of the best drummers in the world. And of course, Willie, one of the greatest men in the world. I knew that if I could catch what was going on with that group, it was gonna sound great."

Cherney used the ATC SCM45A monitors during the tracking sessions to make sure he was capturing the magic of those world-class musicians, playing world-class songs, in that world-class room. When everybody comes back into the control room to have a listen to what we just played and recorded, always is the moment of truth for me. I want to knock their socks off. If they ask to hear the playback again, and want me to turn it up, that's usually a pretty good sign. Even with veteran musicians like these, if they can hear that they sound and feel great, it can contribute to inspiring a phenomenal performance. Playback on the ATCs helped a lot with that. And do you know how you know that you've got it? When they want to hear it again!"

Until arriving at the ATCs, Cherney went through loads of different monitors. "I usually had to mix a bunch of songs on every new speaker that I tried, before I was truly comfortable." he said. "Everyone who does this for a living knows what I mean; you have to get used to the ways a particular pair of monitors bends things. Then you mix to compensate for any shortcomings, with the hope that when you play back on other systems, there are no nasty surprises. That's a huge amount of anxiety and stress! In contrast, I nailed the very first song I ever mixed on my ATCs. The relationship between the kick and bass was right. The snare level and EQ was right. The level of the solos, vocal balances, reverb and effect amounts was nailed. And now I know for sure that if I get something sounding great in my room on my ATCs, it's going to sound great everywhere: ear buds, computer speakers, TVs, stereos, streaming, cars, you name it. Having that kind of confidence in my mixes has really freed me up and made my work a lot better. Hell, it's even made my personal life better because I'm not living with that anxiety and I'm having fun, instead."

It's a joy to do records with Willie, Buddy Cannon and Matt Rollings. Willie is so awesome that all you want to do is to please him to get his approval. Buddy Cannon knows how to successfully guide a project, but he steers with a light hand. On the album My Way, the music was so great, the arrangements were so great, and the musicians were so great that I really had room at the mix stage to let it breathe. All the elements were there. It sounds good and most importantly it feels great. There is a lot of personality, integrity and honesty, and that's what I'm always after." Cherney did the initial mixing by himself on the ATCs before spending a few days with Cannon and Rollings to finalize things. "I wanted Willie to hear it and to be knocked out," he concluded. And to share the Grammy recognition with Willie, Buddy, Matt and the musicians, knocks me out. A feller couldn't ask for more than that.