Weblog
LOS ANGELES, CALIFORNIA – SEPTEMBER 2016: With Ten Grammy wins, including Best Engineered Album for The Raconteurs Consolers of the Lonely and scores of platinum and gold albums, Joe Chiccarelli has made good on the famous opportunity Frank Zappa gave him during the recording of "Sheik Yerbouti" – among Zappa's best-selling albums ever. When the head engineer couldn't make the session, Zappa promoted then-assistant engineer Chiccarelli to take the lead. 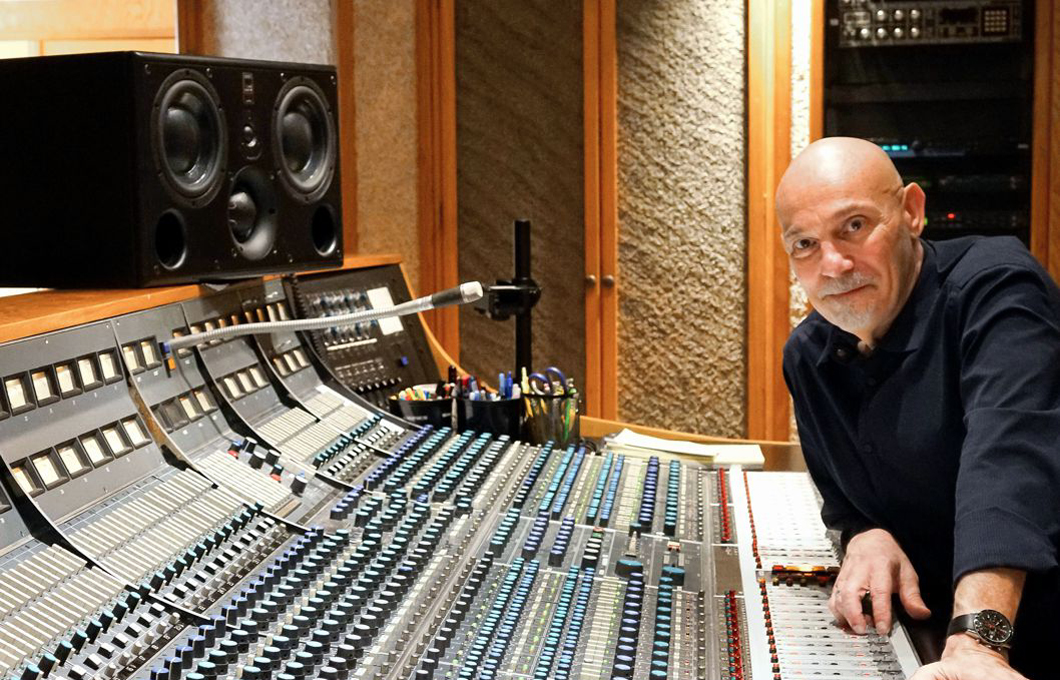 Since then, Chiccarelli has had the opportunity to work with the biggest and best artists in the music industry, including U2, Beck, Elton John, Rufus Wainwright, Tori Amos, The Strokes, Jason Mraz, The White Stripes, and on and on and on. Inspired by their transparent midrange, extended low- and high-end, and impressive SPLs, Chiccarelli recently switched from the monitors he had been using for two decades to ATC SCM45A Pro nearfields.

"I had stuck by the same monitors for twenty years because they offered the kind of phase coherence that allowed me to hear, for example, small differences in mic position," explained Chiccarelli. "But in the last five years or so, I started looking around for something that would give me that same phase coherence, but greater low-end and high-end content to meet the current expectations in the recording industry. People are making bigger, punchier albums these days, with an extended frequency range and plenty of synthesized sounds with extreme frequency content. For a long time, it was an unsuccessful search, and I stayed with my old monitors."

He continued, "But then I was working with The Killers at their studio in Las Vegas, and Brad (Lunde, president of ATC's U.S. distributor, TransAudio Group) loaned me a pair of ATC SCM25A loudspeakers. We were doing guitar overdubs at the time, and the moment we put the SCM25As up, I heard details that went beyond the capabilities of my old monitors. It was immediately apparent that I had to go move the mic a quarter inch because it wasn't quite right where it was. That's the kind of fine detail that I depend on to make the right decisions." Keen for more low end than the SCM25As could offer, Chiccarelli waited – on the advice of Lunde – for the introduction of the ATC SCM45As, which have two low-end drivers.

In the year-and-a-half that he's had them, Chiccarelli has used them to record, mix, and/or produce Morrissey, Alanis Morissette, Arkells, Needtobreathe, Milow, Spoon… "pretty much everything I've done," he said. "Recently I've been traveling to Montréal to work on a project with Broken Social Scene, and after I finished pretending that I could get by without my ATCs, Brad stepped in to help me find a local pair that I could use. It's really the midrange for me – that's the tell. Plenty of monitors can impress with their low end or high end, but the midrange is where most of the critical work happens. I think that's why engineers used to rely so heavily on Auratones, Altecs, and JBLs – speakers that had that clarity in the midrange. New speakers, with the exception of ATCs, are missing that. And truth be told, ATCs take that midrange clarity to a whole new level – this is something new under the sun."

Not only do the ATC SCM45As sound great and produce recordings that reliably translate, they also produce plenty of clean volume. "That's important," Chiccarelli states. "I do a lot of live tracking sessions with full bands – it's not just about the vocal. I want the band to come back into the control room and get excited about the work they're doing. I want it to be big and powerful and to reflect who they are as artists. It's an impressive psychological advantage that feeds back to inspire better recordings. My SCM45As practically sound like soffit-mounted mains!"

Chiccarelli is so reliant on and impressed by the ATC SCM45A Pro that he recently purchased a second pair for a new overdub room that he opened up in his home-away-from-home, Sunset Sound.