LOS ANGELES, CALIFORNIA – FEBRUARY 2017: Dropping his tone as one might in conversation with a co-conspirator, TV composer Jonathan Thomas Miller seemed to almost confess: "The speed of my delivery is crazy. I'm writing, recording, and mixing three to four pieces a day. I gotta crank it out!" But don't get the wrong idea; he wasn't complaining. Miller loves the challenge and constraints of his business, which he's been building for nearly two decades. 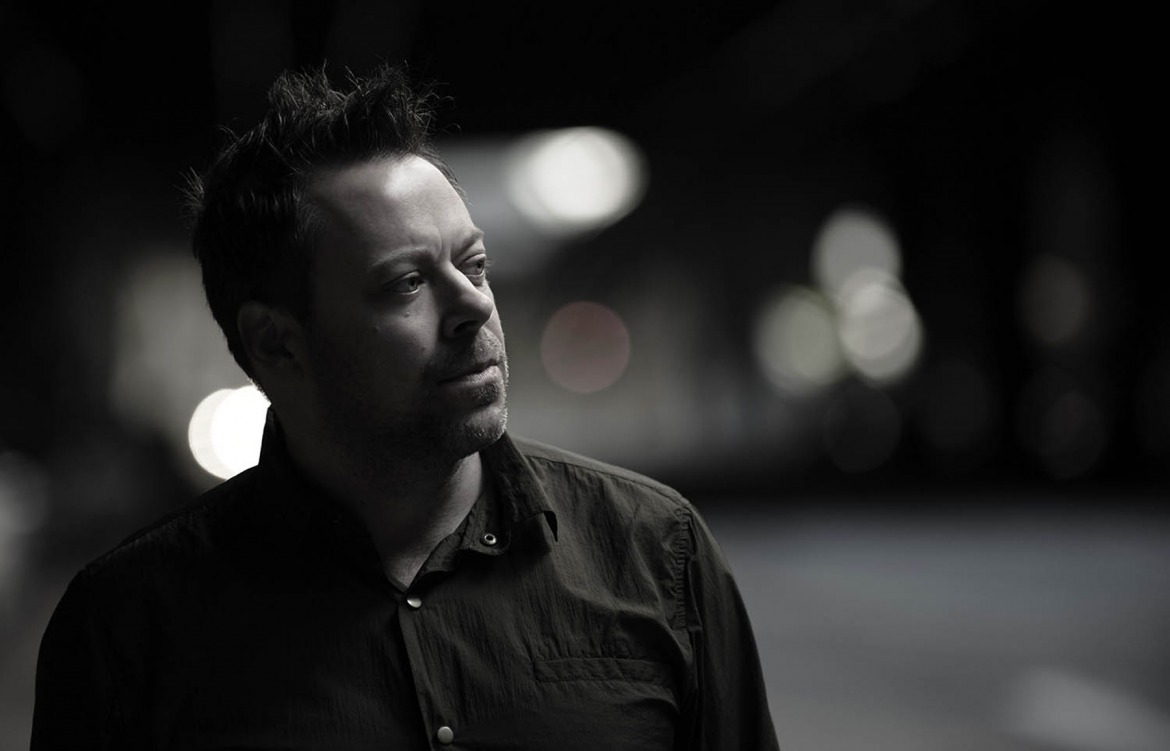 After happily spending "forever" in school in his native Ohio and Michigan, Miller took the musical plunge in 2000 and moved to Los Angeles to serve as an assistant to Tom Hiel, composer for ABC's The Practice, which gave him an inside view of the industry and plenty of practice (ha!) mixing. A sequence of happy accidents presented him with the opportunity to write the theme for Discovery Channel's Big!, which led to extended gigs on shows like Flip That House (89 episodes), Verminators (26 episodes), Oddities (42 episodes), Wild Justice (31 episodes), 1000 Ways to Die (76 episodes), and Jay Leno's Garage (16 episodes and counting), among many, many others. In total, Miller estimates that he has written 6,000-7,000 pieces!

"I love the beginning of a project, when I get together with everyone involved and we figure out what sound we're going to give the show and why," Miller said. "I always want to give a show a voice that's unique and that doesn't sound like everything else – a voice that's branded to the show and that elevates the material. Once we have that figured out, the songwriting becomes a game of limitations. For example, we decided that Jay Leno's Garage would be too clichéd if we backed it with guitar rock. Instead, I use synths and treat them like guitars, which satisfies the viewer's expectations while at the same time surprising them."

Miller first purchased his Metric Halo ULN-8 when he started work on Spike's 1000 Ways to Die. "The show ended up being Stravinsky-meets-funk," he said. "Real comedy-horror! The music had to be, in a way, self-defeating. Maybe we'd start a sequence with an orchestral harpsichord piece backed by a hip-hop beat, but as the story came to its grizzly conclusion, the piece would sort of fall apart and go dissonant. I love riding the line between the producers' and viewers' expectations and my own drive to innovate."

Despite turnover of just about everything else in his audio arsenal, the ULN-8 is now in its eighth year with Miller and isn't going anywhere. "For me, the ULN-8 has a 'linear' sound, and the low end is somehow just 'right,'" he said. "There's something about the ULN-8's flat plane of sound that I don't hear with other interfaces. I'm able to mix into it dynamically without feeling like there's a 'jagged edge.' It has an accurate and yet not-at-all boring sound, which, as I say it, doesn't seem to make a lot of sense, but it's true."

On National Geographic's Wild Justice, which tracked California game wardens as they tracked poachers, Miller avoided clichéd twangy guitar and instead went in the opposite direction, giving the show a "Brian Eno" soundtrack. "I did a lot of instrument sampling and then played those samples back octaves lower or higher," he said. "The precision of the ULN-8's conversion was obvious because the pitch-shifted sounds had an organic feel. They weren't gritty or fake, and that's the hallmark of great conversion."

Miller typically uses Apple Logic or Ableton Live to record and create his music, but he almost always runs his stems through Metric Halo MIO Console, the free software that controls the Metric Halo family of interfaces. MIO Console allows users to effectively build custom mixers with any inputs and outputs between software devices and the interface's hardware inputs and outputs. "I have multiple stereo stems for most songs," he said. "One of the super appealing things about the ULN-8 is that it comes with powerful DSP, which can be used as plug-ins in MIO Console. I always use the compressor/limiter, which sounds excellent. It doesn't add weird upper midrange grit. The EQ sounds great too, and I use it often."

Miller always errs on the side of clarity, rather than warmth, a decision borne of experience. "The main purpose of this music is to ride transparently below dialog," he said. "If the mix is too warm, it can interfere with intelligibility, which will compel the final mix engineer to simply turn it down," he said. "That's not what I want. So I try to keep things clean. That said, I do have one trick that I use over and over again. I get a good sounding mix, and then I run it through the MIO Console character modeling software. In fact, I always use option #8 – 'Modern Tube Mic Soft Sat' – and the mix immediately sounds even better. It almost has a premastered sound."

Miller also appreciates the honest transparency of the ULN-8. "It's like a good monitoring system," he said. "If I've got a bad mix going, it sounds bad – the ULN-8 doesn't sugar coat anything! That helps me reliably deliver solid mixes that translate appropriately."