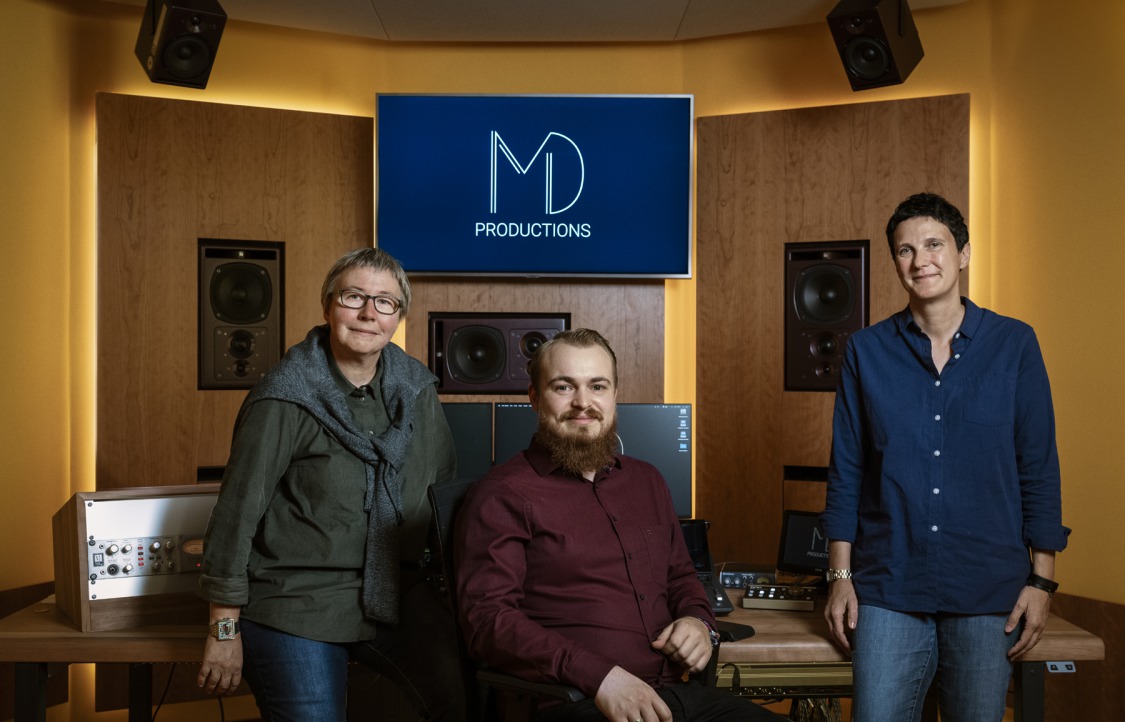 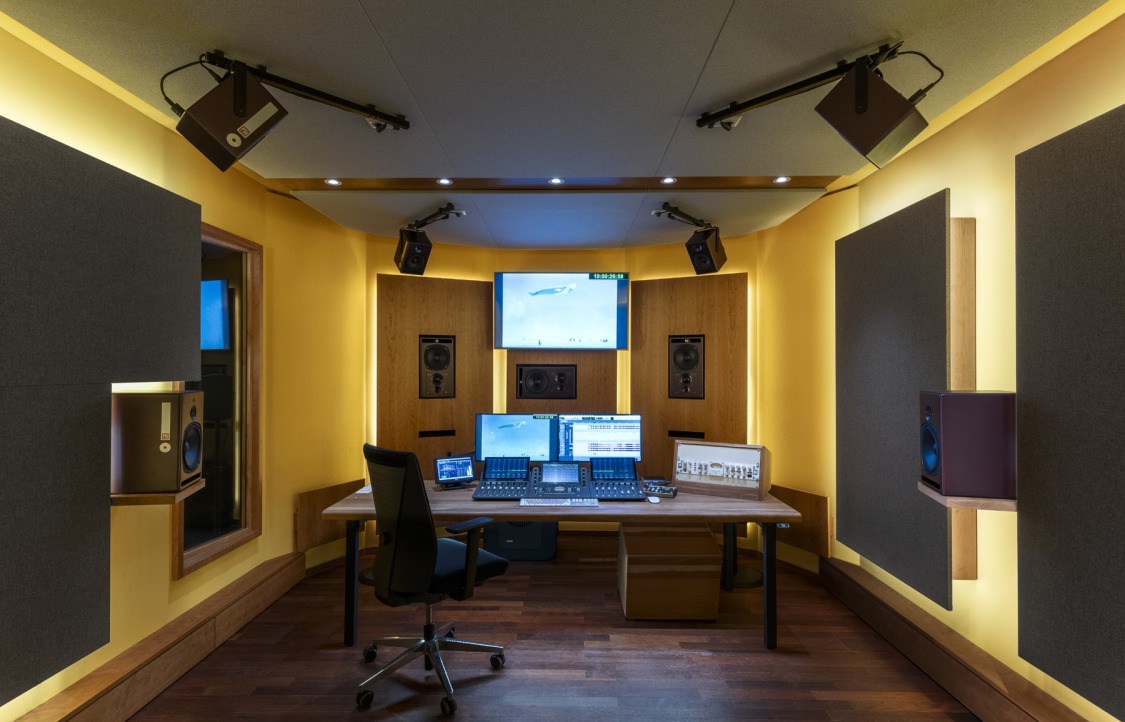 High-quality sound for high-quality content: MD Productions GmbH
The initial motivation to start MD Productions came a year and a half ago when Michèle Dutt, Isabell Hauss and Philipp Weiss left their previous employment. "When you are working for a larger consortium, you produce for a wide variety of customers. This makes it often impossible to offer the level of quality you would expect of yourself," Michèle Dutt explains. MD Productions focuses on localisations, the casting in particular is one of the company's strengths. "That is our trademark, we are very deliberate in our casting choices." From a technical point of view, MD Productions is primarily working towards the use of immersive audio formats in documentary productions. "We are doing research and having discussions with directors. The dramaturgy of this sound is yet to be found." This applies to voice-over in particular: "Not much has been experimented with it yet. The voice is often just tacked on in 2.0 without really being embedded in the acoustic space, we are working on that."

Immersive audio taken seriously
MD Productions is not about exuberant special effects as commonplace in cinema productions. "A helicopter comes along and you hear it flying overhead at first," says Michèle Dutt, unimpressed by all too simple gimmickry. The emotional component is far more important: "Sound is feeling. You get the feeling of reality." In addition to being carried away by the words and spellbound by the imagery, the audience should also be able to immerse themselves completely in the presented scenario. "If someone is standing on a mountain and the wind is blowing, then the viewer has to experience that as well, the whole acoustic environment." The documentary movie as an emotional, immersive experience, which Michèle Dutt expects to cause goosebumps – a concept that ambitious requires an appropriately sophisticated technical framework.

Swiss precision in 3D
In order to meet the high demands on the sound representation, MD Productions relies on a system of PSI audio speakers, as Philipp Weiss explains. "At positions left, centre and right we have A23-M. The side-surrounds and back-surrounds are A21-M and four A14-M are mounted to the ceiling." One of the decisive criteria was the completely analogue structure of the monitors from Switzerland. "There is no DSP or digital technology that alters the sound. As a result, the speakers are very linear and neutral, you can immediately hear mistakes and tell exactly when something is wrong and where the problem is." The consistent sound image across all monitor classes, a trademark of PSI Audio, also becomes noticeable at MD Productions. "The imaging of the speakers is very good," Philipp Weiss states. "The positioning of the individual voices can be easily identified."

Voices and sounds realistically reproduced
The human ear is exceptionally sensitive to voices, which is why a natural sound is particularly important for recordings of natural speech. "Especially when you are working in the field of voice recording you become very aware that you can record a voice incorrectly," explains Michèle Dutt. "I want to capture the voice that I hear when I talk to someone – after all, it is because of this voice that we choose people." The loudspeakers from PSI Audio come as close as possible to the "truth" that MD Productions is pursuing in terms of sound. This sound then also translates to the listening systems outside of the studio: "If it sounds good on these, it will sound good everywhere." The entire system is precisely measured and has also been officially certified by Dolby.

The future is immersive
Michèle Dutt sees the applications of immersive audio technology far beyond the documentary film. For her, Dolby Atmos and similar technologies can be used in a variety of ways, describing an application in medical education. "I heard in a podcast that a human being was reproduced acoustically, including sounds of failure. This allows doctors to practice recognising certain problems acoustically." A project that MD Productions is pursuing more specifically aims at therapeutic use for bedridden people. "How can you bring the true sound of nature to patients who cannot get up?" It will be exciting to see which directions the innovative and creative approach of MD Productions will explore in the future.